Mark was the guy that Hall of Fame quarterback John Elway looked for whenever a play broke down.  In his rookie season, Jackson caught two crucial passes in “The Drive”.  First was the 3rd and 18 strike that gave the Broncos a 1st down and breathing room, and of course the Touch Down reception in the Dawg Pound that silenced the crowd and sent the 1986 AFC Championship game versus the Cleveland Browns into over-time. The Broncos won that game and went on to the Superbowl.  “The Drive” is the most memorable series in NFL History and the only series that is affectionately referred to as “The Drive”.

After his 9 year career in the NFL, Mark began to design systems and assist common people achieve uncommon results in business. “Systems duplicate, people don’t.” K.I.S.S. (Keep It Super Simple) is his motto and recipe for success. 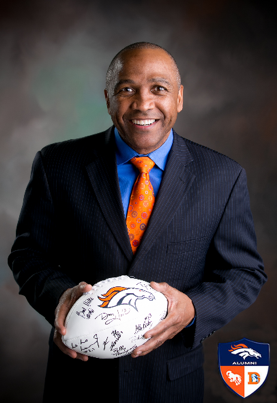 Near and dear to Mark’s heart is the HOPE Movement. Mark has always welcomed the opportunity to lend his name, a strong hand and a glowing smile to those in need.  Thank you for partnering and making an IMPACT.